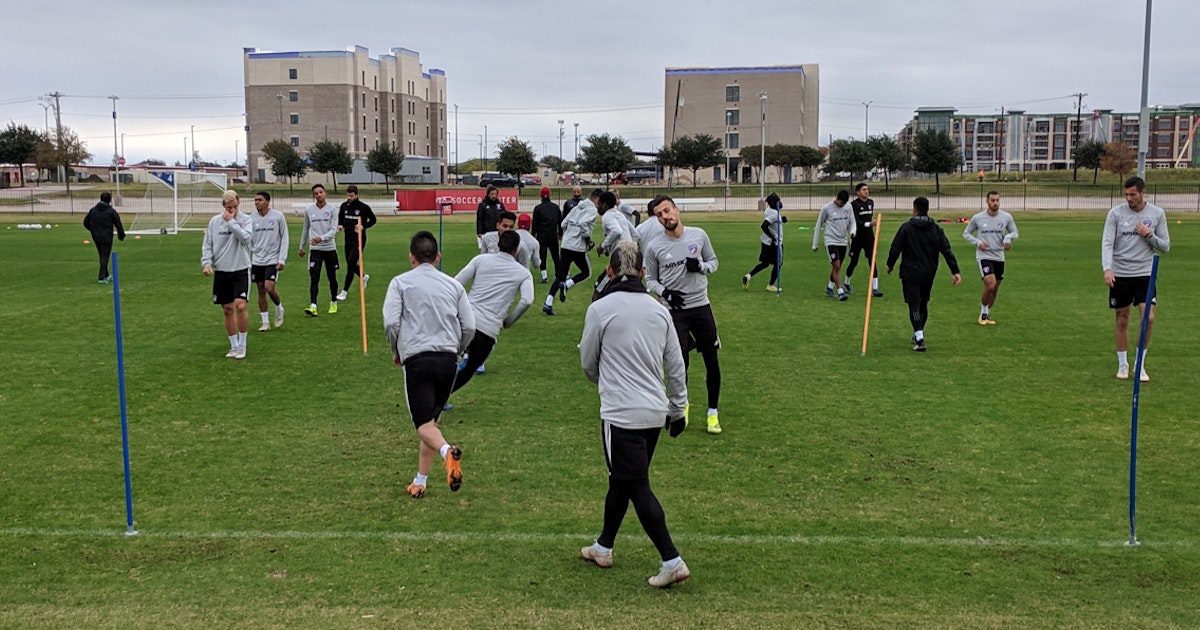 The Luchi Gonzalez era of FC Dallas will kick off on Saturday, March 2nd at Toyota Stadium and the 34-game regular season will end on October 6th, with a potentially decisive home game against Sporting Kansas City.  In between the 32 other games fall in a compressed timeframe to accommodate the new MLS Playoffs structure.

Highlights of the schedule has The Huntsmen playing three of its first four at home, 10 games appear on national TV (local broadcast is TBA), never have more than two sequential games on the road or at home, and August appears to be the rough month with six games in 28 days (not counting any potential USOC games). There are also only 5 mid-week games.

Dallas opens the season with New England in town and follows up a week later with Zlatan’s LA Galaxy, both of which are Saturday afternoon starts.

Wayne Rooney and DC United are lined up for the annual July 4th Fireworks game, the Texas Derby happens in Houston on May 4 and in Dallas on August 24th,

Victor Ulloa and his new club from Cincinnati come to Dallas on August 31 and the club hits up MLS Cup Champs, Atlanta United on April 20th, in Atlanta.

There is also the odd back-to-back/home and away against LAFC in mid-May.  The duo faceoff for a Thursday night ESPN2 broadcast and turn around and play in Frisco three days later on Sunday afternoon.

FC Dallas hosts New York City FC in the 2019 Hall of Fame Game on Sunday, September 22.  There’s no trip to NYC for FC Dallas at all as Red Bulls also come to Frisco in May.

The 2019 Battle for El Capitán begins on Saturday, May 4 in Houston. FC Dallas hosts Houston Dynamo on Saturday, August 24 at 7 PM for the conclusion of the 2019 Texas Derby as part of Heineken Rivalry Week which is August 21-25.

The lone Brimstone Cup game against Chicago Fire is September 14th in Chicago.

MLS being famous for its parity, 2018 results may end up having little bearing, but while Dallas starts only having to face one 2018 playoff team in the first month, they face eight playoff teams in eleven games from March 30th through June 1st.  Also interesting is in the final stretch, the schedule serves up only three 2018 playoff qualifiers for Dallas from August 1st through the end of the season (although those three are in the last four games).

The other note of interest is because of the inclusion of Cinci, the league now can provide a slightly more balanced schedule; each team will play its in-conference opponents twice (home/away) and each club from the other conference once.  In previous years a club would play one or two clubs from its own conference a third time to fill out the 34 game schedule.

During the opening week of the 2019 Concacaf Gold Cup, MLS has no matches scheduled from June 14-21.

The 2019 MLS All-Star Game presented by Target at Orlando City Stadium is on July 31 and will be broadcast on FS1, UniMás, TSN, TVA Sports and in more than 170 countries around the globe.

There is a brutal heat stretch from July 27th to August 31st: 3 games in Dallas, 1 in Orlando, and 1 in LA. Only a road trip to Montreal should provide any relief.

This Topic is Missing Your Voice.